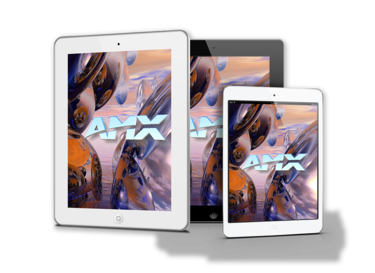 TPControl enables Apple iPad® devices to transform into fully functional touch panels for controlling AMX systems. This easy-to-use application provides real-time touch control of AV systems, lighting, shades, room temperatures, and more. These mobile devices can seamlessly communicate with an AMX control system via Wi-Fi or cellular networks to allow the convenience of remote use. TPControl was created by AMX APP™ (Authorized Product Partner) Touch Panel Control, and is the only Apple mobile app for control that AMX supports because it was specifically designed and thoroughly tested for use with AMX equipment.

Ideal in residences for wireless control in home theaters and whole home systems and perfect in boardrooms/conference rooms for controlling AV equipment for presentations or training. Use your existing Apple device to control your AMX solution and even take control remotely using the cellular network.